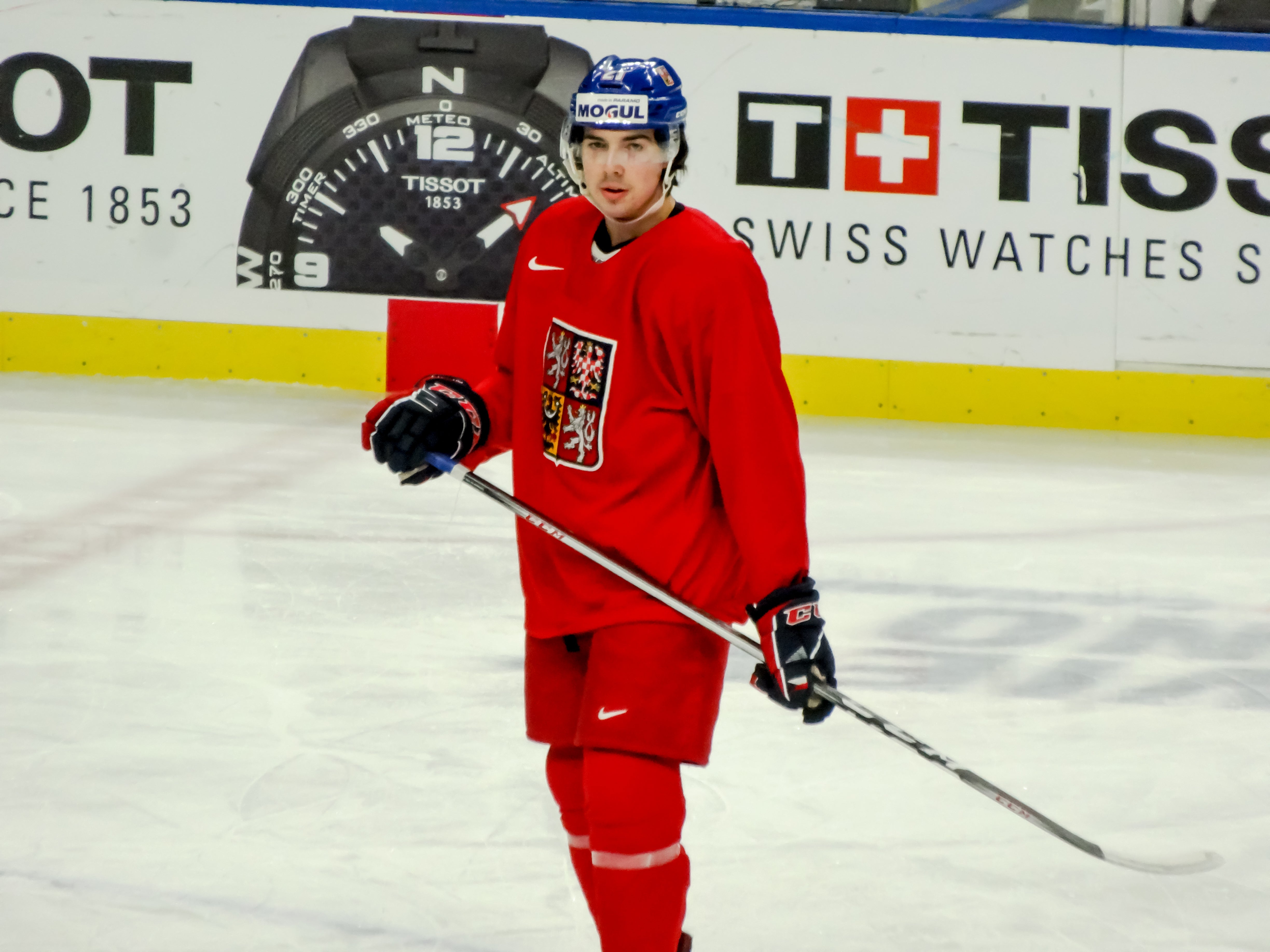 FIlip Chytil knows there is still room to grow. Barely 18-years-old, the forward is in the midst of a hectic first season in North America.

Beginning the season with his NHL debut for New York Rangers, Chytil became the fourth-youngest player to appear for the Rangers in the club’s history. After being sent to Hartford in early October following two NHL games, Chytil has been with the Wolf Pack since.

But at the moment, he is in Buffalo representing the Czech Republic in the 2018 IIHF World Junior Championship. The Czechs have been the surprise team of the tournament, having reached the semifinals for the first time since winning bronze in 2005. On Thursday night, Chytil and the Czechs will look to pull off the upset of the tournament as they battle Canada.

That opportunity represents another exciting experience in Chytil’s busy first season in North America.  Whether it has been in New York, Hartford or the World Juniors, though, Chytil has remained firmly focused on improving his game.

“I’ll play my best wherever I go,” Chytil said, “and that is the most important thing.”

His best has been good for the Czech Republic. While his two goals and two assists in five games aren’t lighting up the score sheet, his current coach knows what the important results are.

Chytil agrees with his coach’s assessment.

“I want to play better,” he said. “I want to help the team in the defensive zone and create more chances. I expect more goals and more points in this tournament because I’ve had many chances.”

For a time, it looked like Chytil would not be able to play in the tournament at all after suffering an upper-body injury against the Toronto Marlies on December 2.

“It was tough to play after that,” he said of the injury. “But I wanted to represent my country and I think that is the most important thing for me right now.”

Now, it will take the Czech Republic’s best effort and more to knock out a Canadian team that has breezed through the competition with little resistance.

“I have to be better everywhere because Canada is great,” Chytil said of the 2017 silver medalists. “They are one of the best teams in this tournament, but we will prepare for the game and we’ll do anything to win.”

“He’s scored a couple of big goals for us and he’s working hard for the team,” Pesan said. “Hopefully he’s going to be even better tomorrow because we need him more to beat Canada.”

While Chytil’s sole focus right now is on beating the Canadians, he hopes his performance in Buffalo will continue when he returns to the Wolf Pack and ultimately lead back to Madison Square Garden.

“I really hope so,” he said when asked if his play in Buffalo is helping him get back to New York. “It’s a dream for me to be there and I’m working every day because I want to be there as soon as possible.”

“I’m definitely sure he’s going to play in the NHL one day soon and he will have a great season when he goes back to Hartford, because he’s having a great one now,” Pesan said.

Until then, the kid who grew up rooting for Jaromír Jágr will have an opportunity to eclipse the bronze medal his idol took home in the 1990 WJC in Finland. Chytil and the Czechs take on team Canada in the semifinals on Thursday night at 8 p.m. on NHL Network.