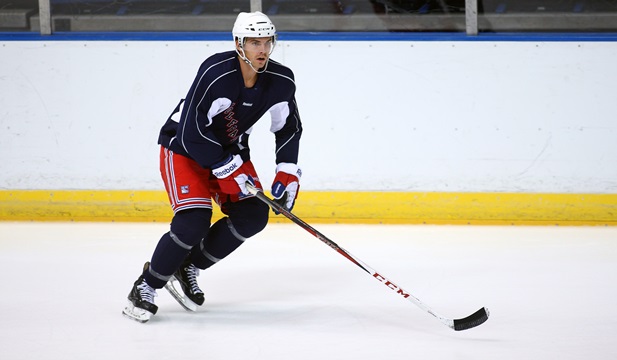 This is Klassen’s second stint with the Wolf Pack in 2013-14, as the fourth-year pro played three games on an earlier PTO.  Klassen had no points or penalty minutes in those three contests, and has skated in 20 games this season with the Wolf Pack’s ECHL affiliate, the Greenville Road Warriors, scoring one goal and adding three assists for four points, while serving 14 minutes in penalties.  Klassen’s plus/minus rating of +5 ranks second among Road Warrior defensemen.

Klassen, who saw 114 games of action with the Connecticut Whale over the last three seasons, logged 75 games in a Whale uniform last season.  A 6-2, 199-pound native of Watrous, Saskatchewan, Klassen had one goal and seven assists for eight points in 2012-13, along with 43 penalty minutes and a +6, which ranked as third-best among Whale defensemen.

The 24-year-old Klassen has registered one goal and eight assists for nine points, along with 65 PIM, in his 117 career AHL outings with the Wolf Pack/Whale, and in 109 career ECHL games with Greenville he has five goals and 22 assists for 27 points, with 120 PIM.  Klassen was originally signed as a free agent by the parent New York Rangers July 27, 2009, out of Saskatoon of the Western Hockey League.

The Wolf Pack return to action tonight, traveling to Bridgeport to meet the Sound Tigers.  Faceoff is 7:00, and all the action can be heard live on Fox Sports Radio 1410, and on-line at www.foxsportsradio1410.com and iHeartRadio.  Video streaming is available at www.ahllive.com.

The Wolf Pack’s next home game is this Saturday, December 28, a 7:00 PM battle with the Worcester Sharks at the XL Center.  That is the Wolf Pack’s Military Appreciation Night, and tickets are on sale now at the Public Power Ticket Office at the XL Center, on-line at www.hartfordwolfpack.com and by phone at (877) 522-8499.  Wolf Pack tickets start as low as $12 for youth 12 years old or younger.  To speak with a representative about season or group tickets, call (855) 762-6451.