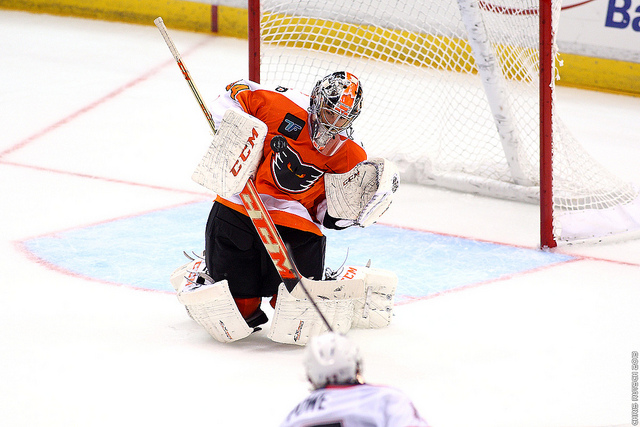 Danis, 33, who is in his 11th season of pro hockey, played 11 AHL games earlier this season with the Norfolk Admirals, posting a 5-6-0 record with a 2.72 goals-against average and a 91.4% save percentage.  Two of his five victories were by shutout, including a 35-save effort against the Wolf Pack November 28 at the XL Center, in a 2-0 Norfolk win.

A 6-0, 185-pound native of Lafontaine, Que., Danis has seen action in 53 career NHL games with the Montreal Canadiens, New York Islanders, New Jersey Devils and Edmonton Oilers, compiling a record of 17-21-4, with a 2.75 GAA, a 91.0% save percentage and three shutouts.

Danis was originally signed as a free agent by Montreal March 19, 2004, after a four-year career at Brown University.

The Wolf Pack are in action today in Portland, Maine, facing off against the Pirates at 5:30 PM.  All of the action can be heard on-line at www.979espn.com and on iHeartRadio. Video streaming is available at www.ahllive.com.

The next home action for the Wolf Pack is this Friday, January 2, with the St. John’s IceCaps visiting the XL Center for a 7:00 game.  All Friday-night Wolf Pack home games feature $1 hot dogs and $2 beers through the start of the second period.