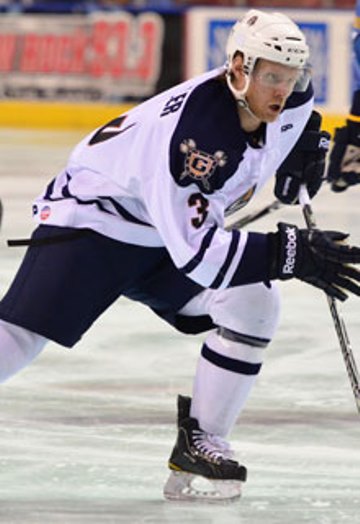 Stamler, a 6-1, 203-pound second-year pro, has skated in 30 games this year with the Wolf Pack’s ECHL affiliate, the Greenville Road Warriors.  He has three assists in those 30 outings and 49 penalty minutes, which leads Road Warrior defensemen and ranks second overall on the team.  Stamler split last season between Greenville and the Las Vegas Wranglers of the ECHL, notching one goal and 15 PIM in 15 games with Las Vegas and 4-2-6 with 35 PIM in 34 contests with the Road Warriors.

Prior to turning pro, Stamler, a 26-year-old native of Edmonton, Alberta, skated for four seasons at the University of New Brunswick, after a five-year career in the Western Hockey League with the Seattle Thunderbirds, Edmonton Oil Kings and Swift Current Broncos.  He was a seventh-round selection (214th overall) by the Detroit Red Wings in the 2005 NHL Draft.

The Wolf Pack are back in home-ice action tonight at the XL Center, hosting the Worcester Sharks at 7:00 PM.  Fans are invited to bring their skates to that game, as there will be a free postgame skate on the XL Center ice, and sports entertainer Cameron Hughes will be making a special appearance as well.