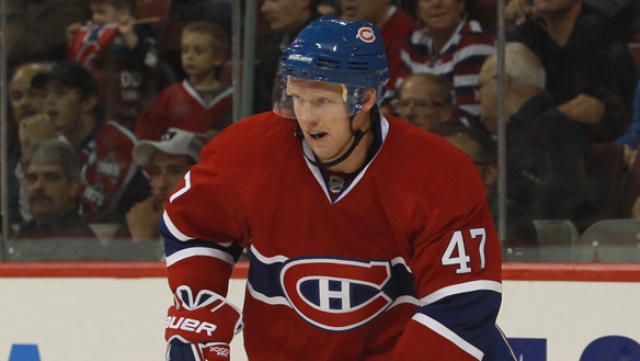 Nash, a veteran of two pro seasons, began the 2012-13 campaign with the Hamilton Bulldogs of the AHL, for whom he scored one goal and added seven assists for eight points, while serving 39 minutes in penalties and earning a +5 rating. The 6-3, 206-pound Kamloops, B.C. native was reassigned January 3 by the Montreal Canadiens to the San Antonio Rampage of the AHL, and Montreal traded his rights to the Florida Panthers in exchange for Jason DeSantis January 14. In 27 games with the Rampage, Nash scored five goals and added six assists for 11 points, good for a tie for the team lead among defensemen in goals. He also amassed 16 PIM and was +5. Then, on April 10 Florida reassigned Nash to the Charlotte Checkers of the AHL, after which he was +1 in one game in a Charlotte uniform.

Prior to sitting out the 2011-12 season due to injury, Nash skated in two NHL games with Montreal as a rookie in 2010-11, going scoreless with two shots on goal. In 75 AHL games with Hamilton that year, Nash notched five goals and 25 assists for 30 points and was +22, which led all AHL rookie defensemen and was good for second overall among league first-year pros. He also led Bulldog blueliners in plus/minus and tied for the team lead in that category, and Nash’s 25 helpers also topped all Bulldog defenders and were good for fourth overall on the team. His total of 30 points also ranked him second among team defensemen.

Nash was originally signed as a free agent by Montreal March 30, 2010, after a four-year ECAC career at Cornell University. He logged 120 total games with the Big Red, scoring eight goals and adding 59 assists for 67 points and serving 173 penalty minutes. He was a First-Team East All-America, and First-Team ECAC All-Star, selection in his senior year of 2009-10, in which he led Cornell defensemen in points and assists with 2-17-19 in 33 games.

Season ticket information for the Wolf Pack’s 2013-14 AHL season can be found on-line at www.hartfordwolfpack.com. To speak with a representative about all of the Wolf Pack’s many attractive ticketing options, call (855) 762-6451.