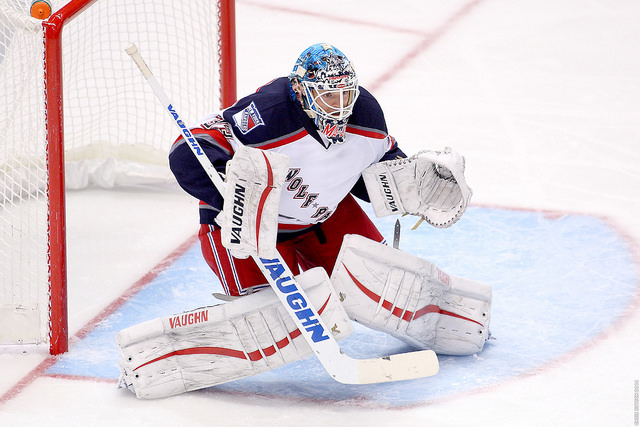 The Wolf Pack has returned goaltender Jeff Malcolm and forward Vinny Saponari to its ECHL affiliate, the Greenville Road Warriors, and has released defenseman Henrik Tallinder from his Professional Tryout (PTO) agreement.

Malcolm, a second-year pro out of Yale University, played in one game for the Wolf Pack during his recall, earning the win in the Wolf Pack’s 5-3 victory vs. Worcester Friday night.  He made 35 saves in that triumph, his second career AHL win in seven appearances.  Prior to coming up from Greenville December 8, Malcolm had compiled an 11-4-0 mark in 15 ECHL appearances, with a 2.13 goals-against average, a 92.9% save percentage and one shutout.

Saponari, who was recalled from Greenville December 9, had one assist in three games with the Wolf Pack, after compiling totals of seven goals and ten assists for 17 points, along with a +13, in 21 games with the Road Warriors.

Tallinder, a 14th-year man and former Buffalo Sabre and New Jersey Devil, who signed his PTO with the Wolf Pack November 25, played four games with the Pack.  The Stockholm, Sweden native had one assist and five shots on goal in those four contests.

The Wolf Pack’s next game is this Friday, December 19, as they host the Syracuse Crunch at the XL Center.  Faceoff is 7:00 PM, and all Friday-night Wolf Pack home games feature $1 hot dogs and $2 beers through the start of the second period.