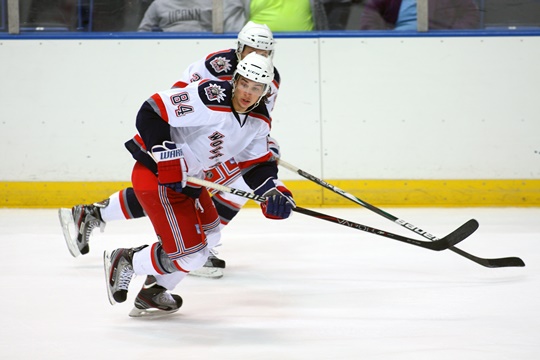 With those moves, the Wolf Pack training camp roster now stands at 31 players:

The Wolf Pack return to preseason action tonight at the MassMutual Center in Springfield against the Falcons. That game faces off at 7:00.

The team takes a break from the preseason schedule tomorrow, Saturday, September 28, but the entire preseason roster will be participating in a “meet-and-greet” event at Blue Back square in West Hartford that evening. From 6:00-8:00 PM, fans can enjoy autographs, games, prizes, inflatables, live music and more at Blue Back Square, which is located at 65 Memorial Rd. in West Hartford Center. The event is free and open to the public.

The Wolf Pack then wraps up the preseason this Sunday, September 29, welcoming the Falcons to the International Skating Center of Connecticut, 1375 Hopmeadow Rd. in Simsbury, for a 2:00 PM matinee. The admission charge for the International Skating Center of Connecticut game will be $5, with proceeds benefitting inner-city hockey programs for Hartford-area youngsters.

The Wolf Pack open their 2013-14 regular season Saturday, October 5 at the XL Center against the Norfolk Admirals. Faceoff for that game is 7:00, and the full 2013-14 Wolf Pack regular season schedule can be viewed at www.hartfordwolfpack.com.