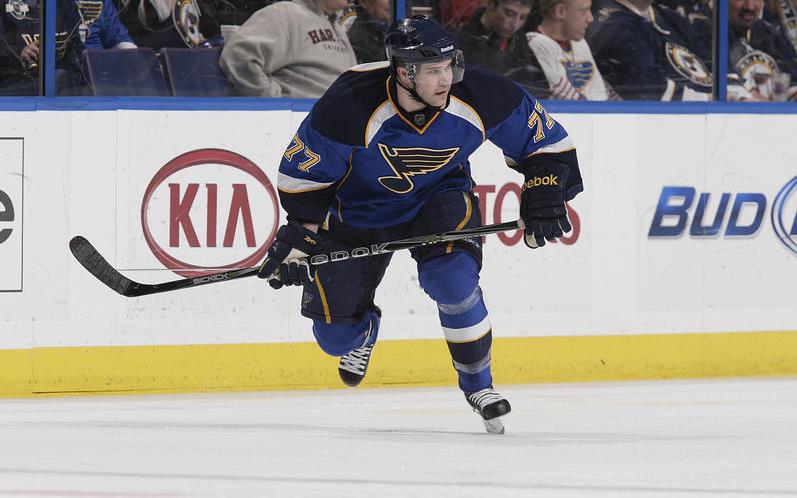 Hensick, a seventh-year pro out of the University of Michigan, has skated in 31 games this season with Modo of the Swedish Hockey League.  The 5-9, 195-pound Howell, MI native scored four goals and added 11 assists for 15 points, and had two penalty minutes with Modo.

Hensick spent last year with the Peoria Rivermen of the AHL, leading the club in points and assists with 19-48-67 in 76 games.  Those totals were good for third in the league in assists and a tie for fifth in points.

Originally a third-round pick (88th overall) by the Colorado Avalanche in 2005, Hensick has logged 112 career NHL games with the Avalanche and St. Louis Blues, scoring 12 goals and adding 26 assists for 38 points and serving 18 minutes in penalties.  In 321 career AHL contests with the Rivermen and Lake Erie Monsters, Hensick has registered 100 goals and 237 assists for 337 points, plus 142 PIM.

Prior to turning pro, Hensick spent four seasons at the University of Michigan, finishing his college career with 75 goals and 147 assists for 222 points, along with 144 PIM, in 164 total games.

The Wolf Pack continue a three-game road weekend tonight at Wilkes-Barre/Scranton.  Faceoff is 7:05 PM, and all the action can be heard live on Fox Sports Radio 1410, and on-line at www.foxsportsradio1410.com and iHeartRadio.  Video streaming is available at www.ahllive.com.

The Wolf Pack’s next home game is Friday, January 24, a 7:00 PM contest against the Springfield Falcons.  All Wolf Pack Friday-night home games feature $1 hot dogs and $2 beers through the start of the second period, presented by Marc’s Appliance Warehouse, located at 75 Prospect Ave., Hartford, CT.