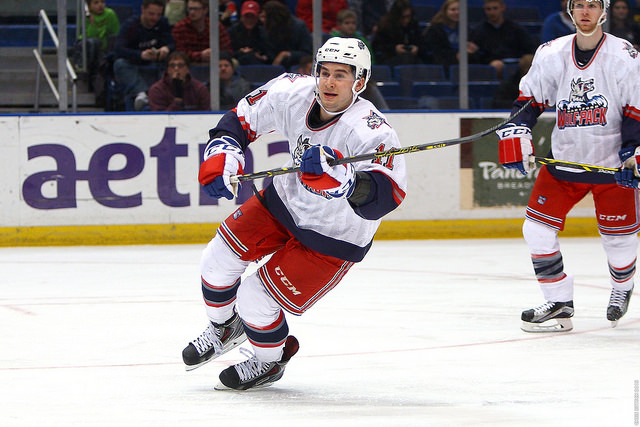 Curran, a 6-2, 205-pound native of Calgary, Alta., joined the Wolf Pack last season at the conclusion of his career at the University of Calgary (Canada West University Athletic Association).  The 25-year-old Curran skated in two games with the Pack, registering one assist and a +1.  In University action with the Dinos, Curran led all CWUAA blueliners in points, goals and assists in 2014-15, with 8-16-24 in 23 games.  That performance earned him First-Team All-CIS (Canadian Interuniversity Sport) West honors for a second straight season, as Curran led all U. Calgary skaters in assists, and finished second on the team in points and third in goals.  He also tied for fifth among all CIS (Canadian Interuniversity Sport) defensemen in points.

The Wolf Pack open their 19th season of AHL play at the XL Center Saturday, October 10, hosting the St. John’s IceCaps in a 7:00 PM game.  Tickets for opening night, and all 2015-16 Wolf Pack home games, go on sale Tuesday, September 15 at the Agera Energy Ticket Office at the XL Center, on-line at www.hartfordwolfpack.com and by phone at (877) 522-8499.