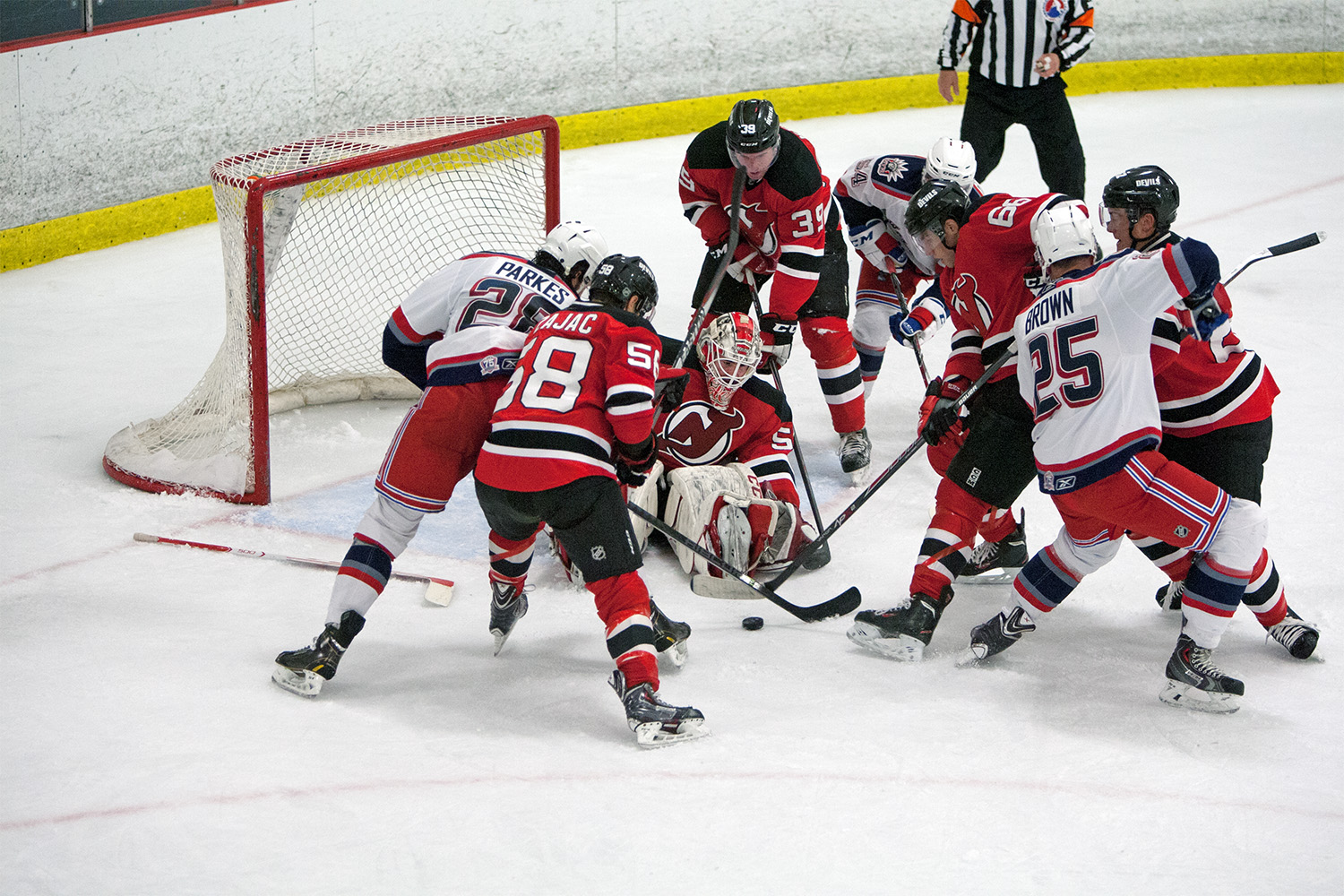 Michael St. Croix scored the third-period game-winning goal, and Jeff Malcolm stopped 28 out of 29 shots, as the Hartford Wolf Pack defeated the Albany Devils 3-1 Wednesday night at Champions Skating Center, in the AHL preseason opener for both teams.

Andrew Yogan also scored for the Wolf Pack, and Nick Crawford added an empty-net goal.  Paul Thompson tallied the only Albany goal, on a penalty shot, and Maxime Clermont made 19 saves.

After the two goaltenders kept the game scoreless for more than 37 minutes, the clubs combined for a pair of goals in 16 seconds late in the second period.

The Devils’ Thompson finally broke the 0-0 deadlock at 17:23.  He was awarded a penalty-shot opportunity after he blocked a Brandon Martell shot from the left point and Martell tripped him from behind after Thompson broke away.  Thompson came in slowly on the penalty shot attempt and beat Malcolm with a forehand shot.

The Wolf Pack came back to tie the score almost immediately, though, as Mike Catenacci stole the puck on the left-wing side and passed across the slot to Yogan, who one-timed it into the net behind a helpless Clermont at 17:39.

The Wolf Pack then took the lead at 9:45 of the third period.  Pat Mullane poked the puck off of an Albany stick just outside the Devil blue line, allowing St. Croix to get a step on the Albany defense.  St. Croix cut across the slot from left to right and slipped the puck inside the post to Clermont’s left.

Crawford made the final 3-1 by scoring into an open goal, on a shot from the left point, with 42.4 seconds left.