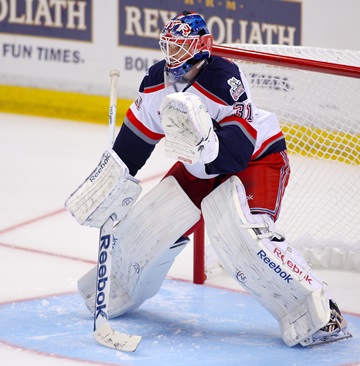 Missiaen, 23, dressed as the Rangers’ backup goaltender in each of the last two games. He returns to Hartford where he has posted a 1-1-0 record, along with a 3.54 goals against average and .875 save percentage in two appearances this season. Missiaen made 23 saves in a 4-3 victory while making his season debut with Hartford on October 6 against Albany.

The Chatham, Ontario native signed with the Rangers as a free agent on March 24, 2011. He was originally selected by Montreal as a fourth round choice, 116th overall, in the 2008 NHL Entry Draft.