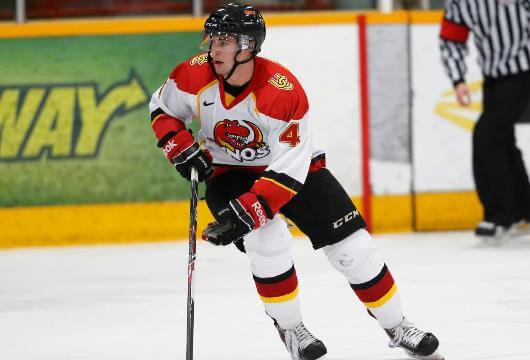 Curran, 25 years old and 6-2, 205 pounds, comes to the Wolf Pack from the University of Calgary Dinos, for whom he led all Canada West University Athletic Association (CWUAA) blueliners in points, goals and assists this year, with 8-16-24 in 23 games.  That performance earned Curran First-Team All-CIS (Canadian Interuniversity Sport) West honors for a second straight season, as the Calgary native led all Dino skaters in assists, and finished second on the team in points and third in goals.  He also tied for fifth among all CIS defensemen in points.

The Wolf Pack’s next action is a home game tomorrow night, Friday, March 20, when the Lehigh Valley Phantoms invade the XL Center for a 7:00 game.  As at all Friday-night Wolf Pack games, fans can enjoy $1 hot dogs an $2 beers through the start of the second period.